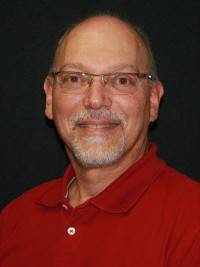 Dr. Gary Osias has practiced Optometry for over 30 years, having received his undergraduate degrees in Psychology and Visual Science, and his Doctor of Optometry from the University of California, Berkeley. In 1985, Dr. Osias acquired San Lorenzo Optometry Group from his father, Dr. Leonard Osias. As the practice grew and evolved, Dr. Osias renamed it Primary EYEcare Optometrics. Recognizing the need to better serve an ever expanding geography of patients, Dr. Osias acquired two other practices in nearby Castro Valley and eventually merged all three into one new state-of-the-art office.

Dr. Osias is an active member of the American Optometric Association, the California Optometric Association, and the Alameda-Contra Costa Optometric Society where he served as president of the Board of Directors. Dr. Osias is also a Fellow of the American Academy of Optometry and a past Assistant Clinical Professor at the University of California School of Optometry where he taught for 8 years.  Dr. Osias was awarded Young Optometrist of the Year in 1987 by the Alameda Contra Costa Optometric Society and then Optometrist of the Year in 1997.  In addition to private practice, Dr. Osias serves as a Clinical Investigator and Research / Development Consultant for major spectacle and contact lens manufacturers. Dr. Osias is also a vision consultant for the San Lorenzo Unified School District.